Access to Justice
You have a cool idea? post them here!
22
Topics
37
Posts
0
Followers
Yes No
Hide topic messages
Yes No
Enable infinite scrolling
No posts to display

Nathanella Kigozi posted Oct 19 '20 at 8:03 am
REMEDIES FOR SUSPECTS DETAINED FOR MORE THAN 48 HOURS
Under the law, every accused person should be presumed innocent until proven guilty. Due to this presumption, an accused person/suspect has the right to be brought to court within 48 hours.

Regardless of these legal provisions, we still hear of suspects who have been detained in Police custody for more than 48 hours. They can secure their release through taking the following steps:

Nathanella Kigozi posted Oct 2 '20 at 4:44 pm
CAN A MINOR INSTITUTE A SUIT?
A minor/child (person below 18 years) can only sue in his or her name through a "next friend" as per Uganda's Civil Procedure Rules.

A next friend is individual that acts on behalf of another individual without the legal capacity to act on his or her own behalf.

Minors cannot sue personally because the law presumes that they generally do not have capacity to contract, sign documents, hire

Nathanella Kigozi posted Jul 23 '20 at 3:09 pm
A CALL TO BOOST THE REACH OF JUSTICE IN UGANDA

The current status of the reach of justice in Uganda is greatly wanting. For someone to risk their health to see justice delivered to another person's door step is speaks so much.

With the Legal Aid Law in place, people seeking justice would ably and comfortably access it. This is among the many other justifications for passing the Law.

We urge the responsible stakeholders to ensure 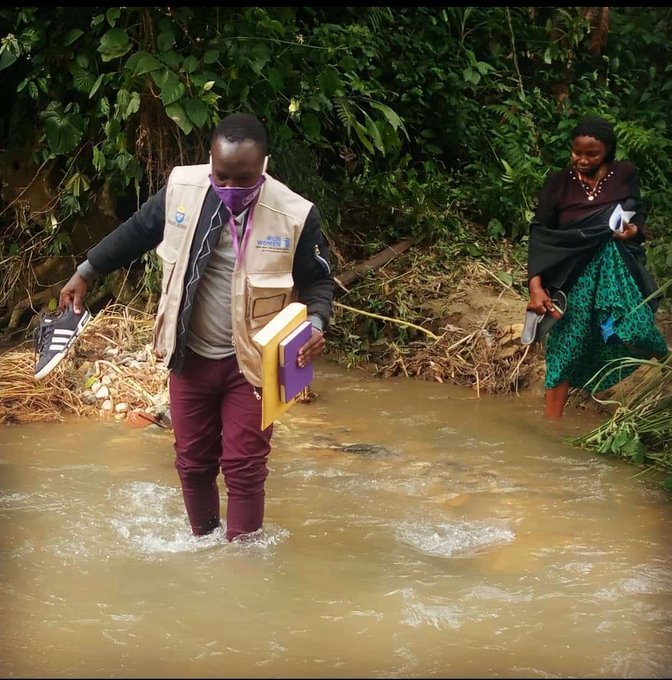 Kabugo Sulaiman posted Jul 21 '20 at 7:31 am
WHAT YOU NEED TO KNOW ABOUT BORROWING AND MONEY LENDING.
It is not news that many times you and I have found ourselves in a financial difficulty.

Some of us have opted to run to money lenders for financial bail out.

The money lenders take advantage of borrowers who at this point in a serious financial crisis and end up being permanently deprived of their properties.

Kabugo Sulaiman posted Jul 16 '20 at 6:46 am
RELEVANCE IN PASSING THE LEGAL AID LAW BY THE 10TH PARLIAMENT
Yes we need the legal aid law urgently passed by the 10th parliament for the following grounds:


Thousands of lawyers, advocates and parale

Nathanella Kigozi posted Jul 15 '20 at 12:06 pm
WHO WILL BENEFIT FROM THE LEGAL AID LAW?
The proposed Legal Aid Law will not only benefit the poor and vulnerable. It will also benefit the following:

The Government: The law will facilitate faster disposal of cases and consequently, the de-congestion of prisons and the Government will be able to cut down on the costs of feeding the currently high number of prisoners.


The Judiciary: The law will facilitate the right to a fair

Nathanella Kigozi posted Jul 13 '20 at 1:50 pm
JUSTIFICATIONS FOR ENACTMENT OF THE LEGAL AID LAW
The existing state provided legal aid services are limited in scope. Enacting the law will expand the scope and reach of legal aid services and thus facilitate access to justice since legal aid is a key proponent of access to justice.
The poor and marginalized face impediments in accessing legal services, especially those in rural areas who are far from their reach. With the proposed Law in plac
read more
AccessToJustice Legal Aid
read more
0replies
29views

Kabugo Sulaiman posted Jul 7 '20 at 5:47 am
TESTATE SUCCESSION/WILLS.
There is a thin line between life and death. It is always important that one's wishes after death are deduced into a Will.

A Will is just a formal expression of a person's wishes or intentions after his or her death. It is another document of transfer of property through which a persons can be able to dispose of their property after their death.

Wills would generally be focussed on prop

Nathanella Kigozi posted Jul 1 '20 at 6:37 am
THE STATE OF ACCESS TO JUSTICE IN UGANDA
To many people, access to justice simply means improving one's access to courts of law or guaranteeing their legal representation. However, it encompasses more than just that. Access to justice encompasses the ability of people to seek and obtain remedies through formal or informal institutions of justice while in compliance with human rights standards.

Some of the hindrances to access to jus
read more
Access to justice
read more
2replies
28views
recent by Nathanella Kigozi  ·  Jul 2 '20 at 11:34 am

Kabugo Sulaiman posted Jun 17 '20 at 9:55 am
STEPS TAKEN TO SECURE YOUR PERSON'S RELEASE FROM A DETENTION FACILITY OTHER THAN PRISON.
Police and all other sister agencies have got powers to arrest you even on mere suspicion of having committed a crime. The intervention of other security agencies like C.M.I, Flying Squad etc, is dependant upon the gravity of the case.
On many occasions, the detentions have gone on for months.

What can be done to secure the release of a person from detention?

juria posted Jun 15 '17 at 9:32 am
CHILD MAINTENANCE
Otto a father of four have deliberately refused to provide maintenance for his children despite him having a stable income

Jonathan posted Jun 15 '17 at 9:33 am
Land Justice
100 people have been evicted from land in luwero and they are seeking for intervention from civil society organization for legal help.

herbert walusimbi posted Jun 15 '17 at 9:30 am
Legal representation of indigent clients in criminal cases
The number of clients represented in the 6 districts where LDC-LAC is operating.

ruth nabalwanyi posted Jun 15 '17 at 8:33 am
Administration of estate
its about how to handle the property of the deceased if he died without living a will but had married two wives one church the other cultural.

Shaban khamiisi posted Jun 10 '20 at 11:11 am
Rape
There's been a hot topic about a girl that dragged and raped a boy that was under the influence of alcohol. It's also said that she was also infected with HIV at the time of her action.
Is it possible for the boy to get justice or the girl to get justice as well because apparently she's also denying the allegations.?

concerned citizen posted May 21 '18 at 7:59 am
Justice in the private sector
Many of the youth have lost trust in the justice system because of the failure of those meant to help & protect them end up conniving with the wrong elements in society hence breaking the balance in the Justice system. This should immediately stop to make our country a better place to live in.

Kathy posted Jun 15 '17 at 9:30 am
Legal Aid services
Promoting legal empowerment of the poor, conducting public interest litigation, undertaking research and analysis projects, designing and delivering advocacy campaigns, training and capacity building programmes, publications, conferences, documentaries and other initiatives, and contributeing to a better Uganda, where rights are respected, laws are valued, and all citizens have confidence in publ
read more
read more
3replies
49views
recent by worldvoices_uganda  ·  Jun 15 '17 at 9:52 am

The question here is How can we enhance legal redress for PWDs?

worldvoices_uganda posted Jun 15 '17 at 9:26 am
Land Justice
Why are women not accessing justice in regard to Land matters?

lapdug posted Jun 15 '17 at 9:29 am
Legal Aid
Legal Action for Persons with Disabilities is a non governmental organization that offers free legal services to indigent persons with disabilities in Uganda.

read more
0replies
25views
Load more
All posts under this topic will be deleted ?

Your previous draft for topic is pending

If you continue, your previous draft will be discarded.